You are here: Home1 / blog2 / Why I started the SPVS/MMI Wellbeing Awards 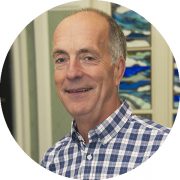 However, as SPVS President and as a practice owner, I was also aware of the good work that many practices are doing to look after the wellbeing of their staff. I was concerned that the emphasis on mental illness might paint too gloomy a picture of modern UK veterinary practice. I knew in my own practice, Vale Vets, how important it was for staff to communicate well and to support each other, and the value of social and networking events. I wanted to raise awareness of mental wellbeing and the role that this can play in job satisfaction, with the knock-on effects of reducing staff turnover and increasing profitability.

I wanted the awards to recognise those practices with management systems and initiatives that motivate and engage their staff and who can demonstrate their commitment to being a better place to work. At the same time, by encouraging those practices to tell us about the initiatives in their practices, I wanted to create a resource of good practice that we could share with other owners and managers. At the Veterinary Practice Management Asscoation/SPVS Congress at Celtic Manor, South Wales in January, the award winners will share their stories within the Mind Matters lecture stream. We will also feature the winners in the March edition of Practice Life and will encourage journalists attending Congress to write about them. We will feature the winners on the SPVS website.

I am really pleased by how many practices have entered the awards this year, the first year and I know we will build on this for 2017.

Privacy notice: This site uses cookies, which we use to collect anonymised statistical data to improve your experience, and not for marketing purposes. If you continue we'll assume you are happy to receive them. Read our cookie policy
We all have mental health