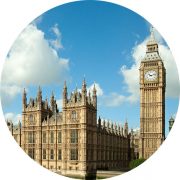 At the Palace of Westminster on Tuesday 31 January 2017 the Royal College of Veterinary Surgeons (RCVS) and the Doctors’ Support Network (DSN) joined forces to launch the ‘&me’ campaign which aims to tackle mental health stigma in the health professions by encouraging prominent members to speak out about their own experiences.

The campaign was officially launched at an event sponsored by Kevan Jones MP (Labour, North Durham) who has spoken about his own experiences with depression, and featured first-hand testimonials from senior veterinary surgeons and doctors who have experienced mental ill-health.

‘&me’ is a collaboration between Mind Matters and the Doctors’ Support Network, which provides peer support for doctors and medical students with mental health concerns.

In introducing the campaign Kevan Jones MP said: “The key message I have today in regards to mental health is talking about it and trying to get it out of the dark corners rather than it being something you are ashamed to talk about. That is how we get people to help themselves with their own condition and to seek help. The other key thing is not to write people off if they have a mental illness.”

The floor was then opened to personal stories from those who have lived experience of mental ill-health. Dr Louise Freeman is Vice-Chair of the Doctors’ Support Network and was diagnosed with depression in 2009 as a result of the way in which her return to work was handled after having time off work as an emergency medicine consultant following a bereavement.

She said: “This experience made me think that doctors with mental health problems were in a small minority and that it was probably our own fault anyway. Both impressions are completely wrong. The incidence of mental health problems is one in four people in any one year and is actually higher for doctors, who are often slower to seek help than non-medics. The good news is that well supported doctors have excellent treatment outcomes.

“During my own return to work, I was told by my clinical lead that they had ‘always thought that I was a mental health problem waiting to happen.’ I think this says more about them than it did about me! On reflection, yes that was true, but only in as much as this applies to all of us during our lives.

David Bartram, Director of Outcomes Research for the international operations of the largest global animal health company and a member of the RCVS governing Council, spoke next. He gave his perspective on coming to terms with a mental health condition in a profession that has some stigma attached to it.

A number of years ago David attempted suicide following the breakup of his marriage and explains what happened from there: “I just thought I was stressed – after all, who wouldn’t be in those circumstances? But in fact I was becoming progressively more unwell. What started as worry, early waking and palpitations – which I recognised – led to patterns of thinking which I did not recognise as being disordered. I felt trapped and worthless – suicide was the only escape. From a medical perspective, my biological, social and psychological risk factors had converged and tipped me into major depression.

“That was the first of multiple suicide attempts and several prolonged stays in hospital. Over a three-year period I spent 12 months as a psychiatric inpatient. I was treated with antidepressants, antipsychotics, mood stabilisers, talking therapies and electroconvulsive therapy.

“But now thankfully I am well – and I have been for 14 years…. To what do I attribute my recovery? A mixture of medical treatment, psychological therapies, supportive friends and family, rest and time – they all contributed, probably in similar measure.”

He added that while his episode of mental ill-health does not define him it has changed him in a positive way and that no one is immune from it.

Dr Jonathan Richardson is Group Medical Director for Community Services at the Northumberland, Tyne and Wear NHS Foundation Trust who had a mental health condition when he was a medical student and spoke about how it is possible to flourish in your career with a mental health diagnosis.

“I was unwell as a teenager with a physical illness and later as a medical student with a mental illness… these two experiences crystallised my drive to become a doctor and my own approach to healthcare. I wanted to be able to deliver the care that I was fortunate to receive. I wanted to be as patient-centred and compassionate with the patients I would serve, in the same way as the teams who delivered my care. I was lucky to have support when I was unwell from very good friends, some from school and some from university; and a very close family. I have been able to recover.

“It is 24 years since my mental illness. I now work in Northumberland, Tyne and Wear NHS Foundation Trust, one of the largest mental and learning disability health trusts in England – and one of only two to be rated outstanding by the Care Quality Commission…. I do not feel that my illnesses have stopped me.”

Dr Angelika Luehrs is the chair of the Doctors’ Support Network and a consultant psychiatrist who was diagnosed with bipolar affective disorder while she was a trainee psychiatrist. She said: “When I asked for advice about how to access help one of the answer I got was one of ‘whatever you do, make sure that you don’t have any mental illness in your medical records otherwise you will never go anywhere in your medical career. However, getting the diagnosis and help from a Consultant Psychiatrist was the best thing that ever happened.”

She added: “The reality is that my diagnosis has not stopped me – I have been a consultant psychiatrist since 2010 with the Avon and Wiltshire Mental Health Partnership NHS Trust, last year I was appointed as medical lead for West Wiltshire including early intervention, intensive services and primary care liaison services. I have a special interest in supporting doctors with mental illness and I am delighted to be appointed by the newly launched GP Health Service as a special advisor for complex mental health cases.”

The last speaker was veterinary surgeon Neil Smith, Chair of Mind Matters, who outlined how to participate in the campaign.

“This event is just the start… the real challenge is to start to get this message out to the wider professions. Stigma is a difficult thing to tackle, but the good news is that changing our minds is within the power of every individual to do,” he said.

Following the launch the ‘&me’ campaign is now encouraging other senior health professionals to step forward and talk about their own experiences with mental ill-health, especially as both medical doctors and veterinary surgeons have higher suicide rates than the general population but often have more reluctance to seek help because of the impact it may have on their career.

The campaign is interested in hearing from not only doctors and veterinary surgeons but also nurses, veterinary nurses, dentists, pharmacists and other healthcare professionals who want to open up about their experiences of mental ill-health. To participate in the campaign email Dr Louise Freeman on vicechair@dsn.org.uk.

https://vetmindmatters.org/wp-content/uploads/2017/02/westminster.jpg 600 600 MMI Press Office https://vetmindmatters.org/wp-content/uploads/2015/10/mm-sphere-logo.png MMI Press Office2017-02-02 12:07:002017-03-22 16:06:33RCVS joins forces with Doctors’ Support Network
Privacy notice: This site uses cookies, which we use to collect anonymised statistical data to improve your experience, and not for marketing purposes. If you continue we'll assume you are happy to receive them. Read our cookie policy
Why I started the SPVS/MMI Wellbeing Awards